HOME ELECTIONS 101ABOUT US SUPPORT US

HOW DOES THE PHILIPPINE ELECTORAL SYSTEM WORK?
We all know that key people are being elected in different positions. But, do we really know how the system works? How does one become elected? What is the process? Skip those long descriptions on Google because we got you covered.

Positions to vote for

Elections have long granted the citizens the power to change the country's status quo. With thousands of seats to be filled up in the elections, one vote can either break or change a nation.

The 2022 National Elections will take place for executive and legislative branches of the government on a national, provincial, and local level. The upcoming election will also decide the successors to Philippine president Rodrigo Roa Duterte and vice president Leni Robredo. There will also be elections for the 12 Senate seats, 316 seats to the House of Representatives, 81 seats for governors and vice governors, and 782 seats to provincial boards in provinces. 146 seats to city mayors and vice mayors, and 1,650 seats to city councils in all cities will also be filled up alongside seats to 1,488 municipal mayors and vice mayors, and 11,908 seats to municipal councils in all municipalities. 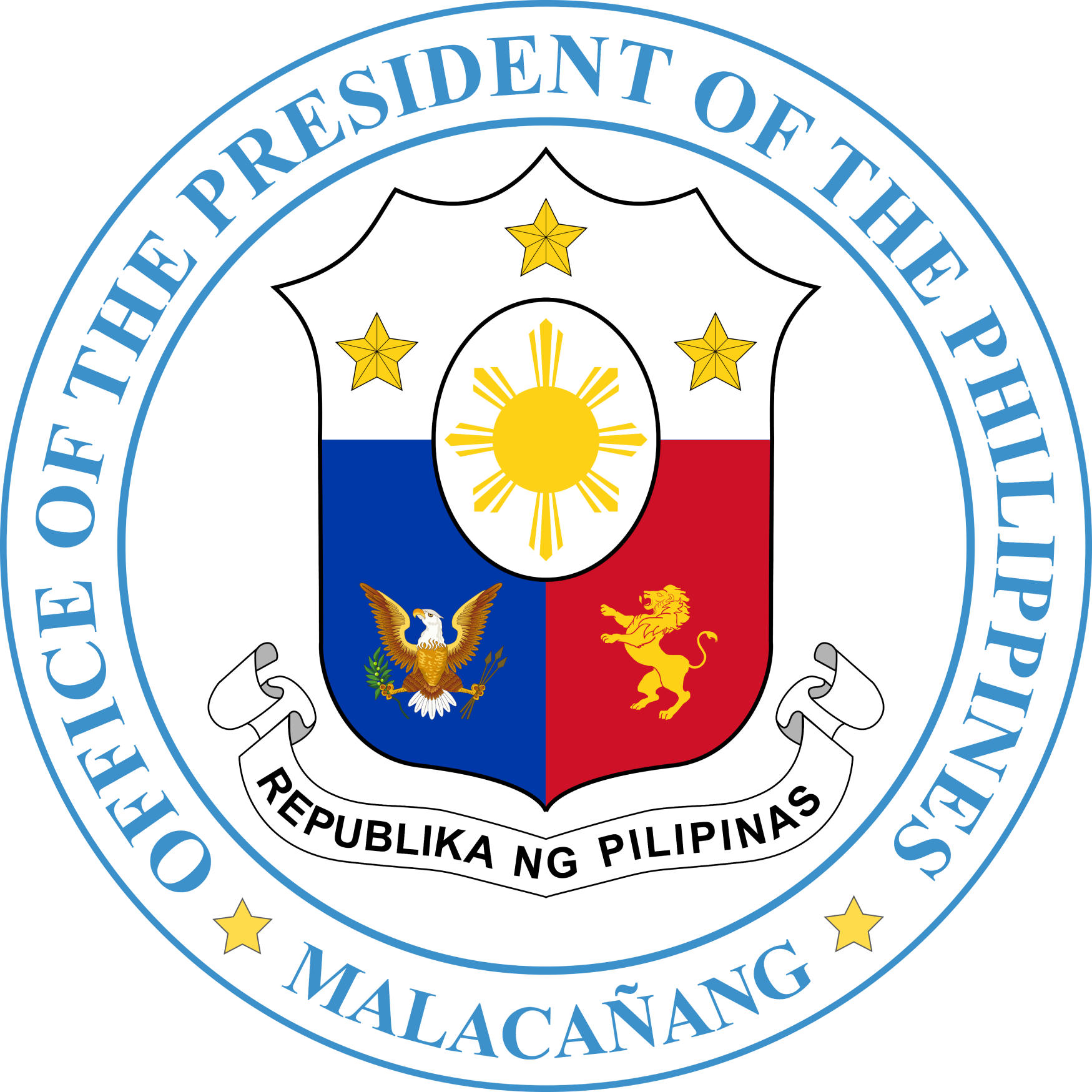 President
Term: 6 years; may not run for re-election

Function: The president is the head of state and of government, and functions as the commander-in-chief of the Armed Forces of the Philippines. As chief executive, the president exercises control over all the executive departments, bureaus, and offices, and general supervision over local governments. The president appoints government officials, including the cabinet, the justices of the Supreme Court and heads of constitutional commissions, subject to confirmation requirements. 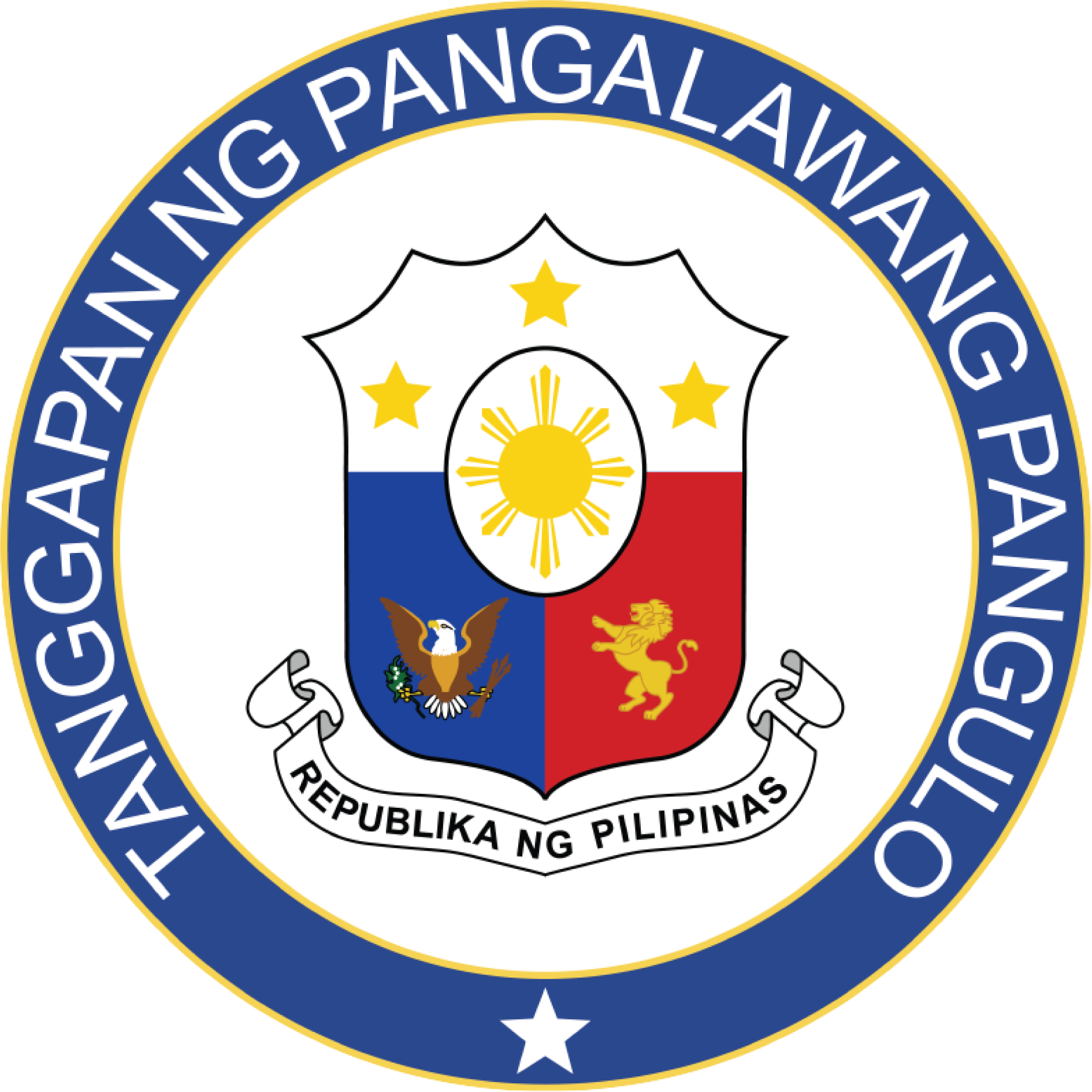 Vice President
Term: 6 years; may run for one re-election and shall not serve more than two consecutive terms 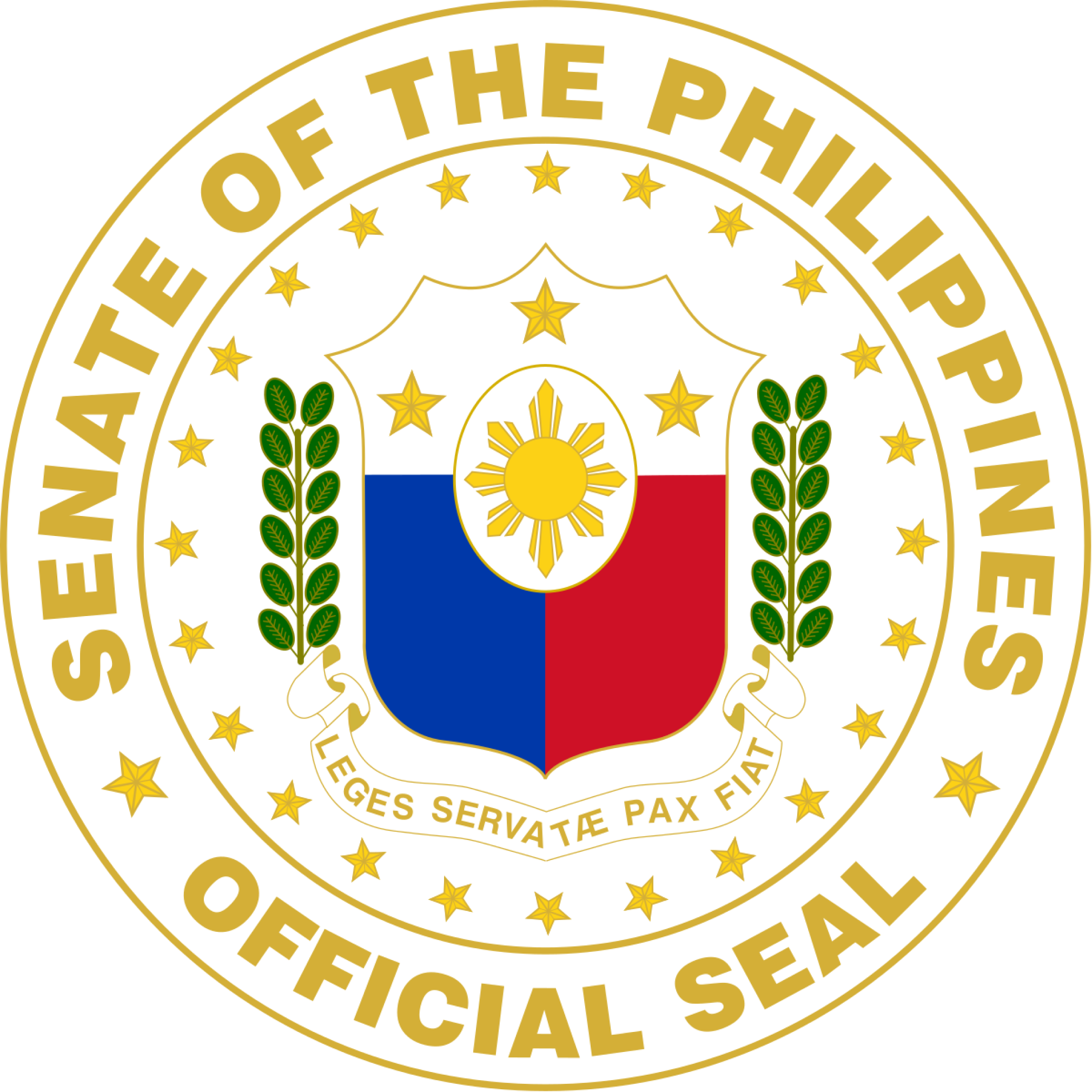 Senators
Term: 6 years, may run for releection but may not serve more than two consecutive terms

Function: The Senate is the upper house of Congress; the House of Representatives is the lower house. Congress holds legislative power, except to the extent reserved to the people by the provision on initiative and referendum. The Senate is the sole that ratifies treaties and convenes the impeach court.

Qualifications:
(1) Natural-born citizen of the Philippines
(2) A registered voter
(3) Able to read and write
(4) 35 years of age on the day of the election
(5) Resident of the Philippines for not less than two years before election day
Representatives 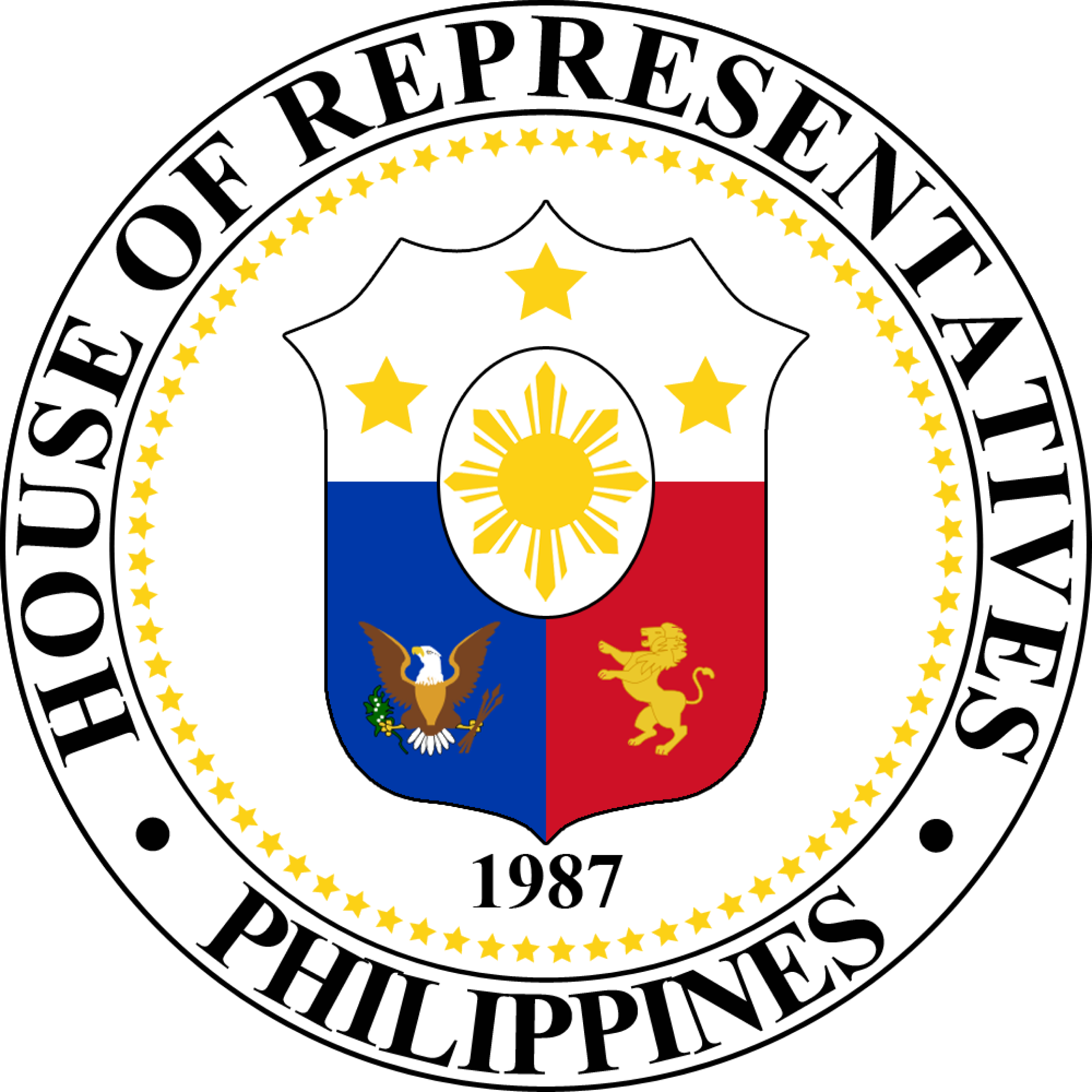 Representatives
Term: Three-year term with provision allowing possibility of re-election. No member of the House of Representatives shall serve for more than three consecutive terms, or nine years.

Function: Members of Congress in the lower House initiate, debate, and scrutinize proposed legislation, particularly appropriation, revenue, tariff bills, and bills increasing the public debt. They also file resolutions calling for probes, conduct inquiries in aid of legislation, and monitor and perform oversight functions over national and local government, as well as the implementation of laws and the performance of the Executive Department. As members of the constitutional Commission on Appointments, they also confirm certain appointments of officials by the President.

Seats: The 1987 Constitution provides that the House of Representatives shall be composed of not more than 250 members, unless otherwise fixed by law, who shall be elected from legislative districts apportioned among the provinces, cities depending on the population, and on the basis of a uniform and progressive ratio, and those who, as provided by law, shall be elected through a party-list system of registered national, regional, and sectoral parties or organizations. On the other hand, party-list representatives constitute 20% of the total number of representatives including those under the party list.

Qualifications of district representatives:
(1) Natural born citizen and registered voter in the district where the candidate intends to be elected.
(2) Resident thereof for a period of not less than one year immediately preceding the day of the election.
(3) Must be able to read & write.
(4) At least 25 years of age.

Term:Three-year term with provision for re-election. No Punong Barangay shall serve for more than three consecutive terms, or nine years.

Function: Barangay captains serve as chief executive of the barangay government, enforce all laws and ordinances relative to the governance of the barangay, ensure the delivery of basic services and the provision of adequate facilities, preside over the Barangay Development Council, Barangay Disaster Risk Reduction & Management Committee, Barangay Library Board, serve as a member of the City or Municipal Development Council, direct the formulation of the barangay development plan, issue licenses and permits in accordance with law or ordinance, appoint barangay employees. The Punong Barangay does not have veto powers over the Sangguniang Barangay.

Governor
Governor
Term: 3 year term with provision for re-election. No Governor shall serve for more than three consecutive terms, or 9 years.

Function: Successor in the event of death, resignation, or vacancy in the office of the Governor, preside over the Sangguniang Panlalawigan, and exercise other powers and duties as prescribed by law or ordinance

Function:As part of the provincial governments' legislatures, members of the larger Sangguniang Panlalawigan adopt ordinances, approve resolutions, and appropriate funds for the general welfare of the province and its inhabitants and for an efficient and effective provincial government; Review all ordinances approved by the sangguniang of component cities and municipalities and executive orders issued by the mayors of said component units to determine whether these are within the scope of the prescribed powers, exercise oversight functions over local government, as well as the implementation of laws and ordinances within the province

Vice Mayor
Vice Mayor
Term: Three-year term with provision for re-election. No Vice Mayor shall serve for more than three consecutive terms, or nine years in a row as vice mayor to the local chief executive.

Function: Successor in the event of death, resignation, or vacancy in the office of the Mayor, preside over the Sangguniang Panlungsod or Sangguniang Bayan, and exercise other powers and duties as prescribed by law or ordinance

Steps in voting
FOR THE MAY 9, 2022 ELECTIONS
VOTING TIME - 6:00 A.M. TO 7:00 P.M.
1
Find out where to vote through COMELEC's Precinct Finder here.
2
Have your temperature checked before entering the voting center.
3
Proceed to the Voters' Assistance Desk (VAD) to secure your precinct and sequence numbers and assigned room or clustered precinct.
4
Go to your assigned room and introduce yourself to the Electoral Board by stating your name, precinct and sequence numbers.
5
Get your ballot, ballot secrecy folder and marking pen and fill out the ballot at the voting area.
6
Accomplish the ballot by fully shading the oval appearing before the name of the candidate you wish to vote for. Do not overvote.
7
Feed the ballot into the Vote Counting Machine (VCM).
8
Check your voter's receipt and then deposit it in the receptacle.
9
Have your right forefinger nail stained with indelible ink.
Steps in voting if you are part of the Vulnerable sector
FOR THE MAY 9, 2022 ELECTIONS
VOTING TIME - 6:00 A.M. TO 7:00 P.M.
1
Go to your precinct and look for the priority lane for senior citizens, PWDs, and pregnant women.
2
Present a valid government ID to the facilitator.
3
Wait your turn and cast your vote inside the precinct. You can bring a cheat sheet or a list of the candidates you want to vote for to make the process easier for you!
4
Once you're done, go to the vote counting machine and insert your ballot. For senior citizens, persons with disabilities, and illiterate voters, headphones will be provided, so you can clearly hear and follow the VCM instructions.
5
Indelible ink will be applied to your forefinger nail as proof of voting.
6
Review your voter's receipt and drop it into the receipt receptacle box.
REMEMBER: YOU ARE NOT ALLOWED TO BRING HOME YOUR VOTER'S RECEIPT.
Why Voting Matters
Strong Institutions are one of the 17 Sustainable Development Goals of the United Nations, and the act of voting and appointing government officials is a right afforded to every citizen once they turn 19. They have the power to make their voices heard just by going through the process of registering.

What if I failed to register?
Encourage registered voters to vote on May 9!
Help others become informed voters by doing research on candidates and their platforms.
Visit the Candidate Profile Dashboard of Vote Pilipinas and help spread the word.
Fact check posts on social and call out fake news.
Be sure to register for the next elections. Follow Vote Pilipinas on social for updates.
BE INFORMED. SIGN UP AND GET INVOLVED.
WHO WE ARE
Vote Pilipinas is the official Voter Information Campaign partner of the Commission on Elections.
Vote Pilipinas is a non-profit, non-partisan online and offline information campaign aimed at mobilizing Filipinos to register to vote for the upcoming national and local 2022 elections.
Partner with usJoin the team